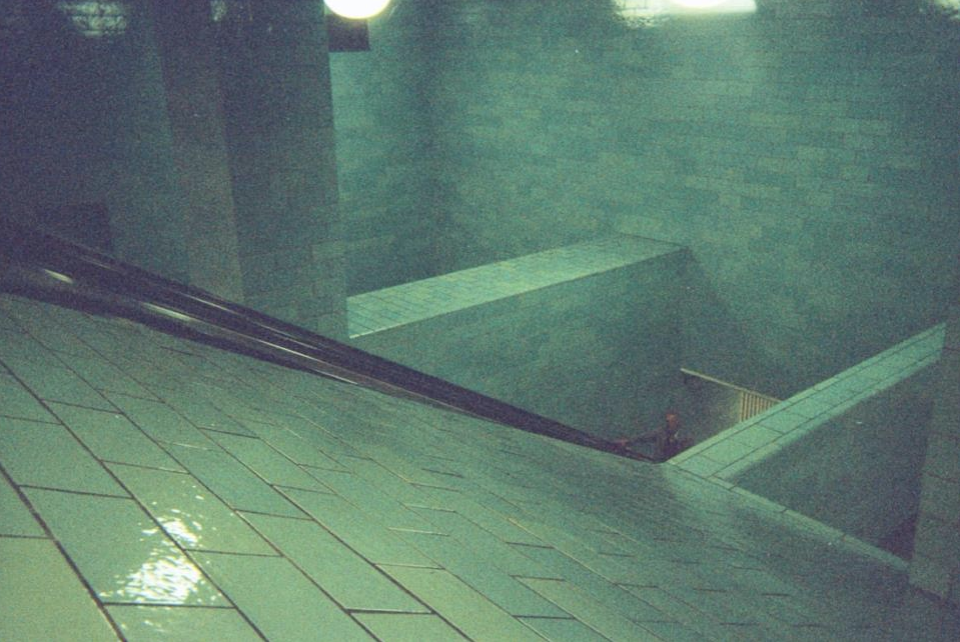 Arriving at Arcola Theatre’s outdoor space, I was pleasantly surprised, without yet knowing how suitable the venue would be for this piece. Sure enough, the opening scene showed Sorcha Kennedy as Rainer, walking through the audience, helmet, and ‘Angel Deliveries’ jacket on. This introduced the play as one which frequently broke the fourth wall, as Rainer began by addressing the audience directly.

Depicting the story of a woman who is forced to take up a job as a food delivery cyclist, as she isn’t quite ‘making it’ as a writer, Rainer is a funny, witty and at times, sinister piece. Throughout the show Sorcha performs multi-role play, becoming all the people Rainer interacts with, including an ex-boyfriend, a current love interest, and her boss, just to name a few. Her use of accents was a joy to watch, and the multi-role play really showed her versatility as an actor. I think the multi-role play could’ve been tidied up in places; I would’ve liked to have seen her perform the characters varying mannerisms, and ensuring that Rainer’s voice didn’t blur into the voices of those character’s she was depicting. However, the pace of the piece was demanding and her performance, nonetheless, impressive.

Throughout the play Rainer’s deliveries are interrupted by snippets of Rainer’s counselling sessions with her ‘shit NHS counsellor’. These scenes successfully explored mental health within a backdrop of underfunded mental health services in the UK. The script was rich in thematic content, with other topics including love, class, sexual assault, grief and (of course) COVID-19. I found the content of the play entirely relatable, and its exploration of these themes nuanced, all the while being laugh out loud funny. The brilliance of the script made sense when I discovered that its writer, Max Wilkinson, has previously won the Stage to Screen Award.

Throughout the play Sorcha frequently ran laps around the audience, while on her one of many ‘trips’ around London. The scripts successful ability to depict the areas of London meant that you felt you were on that journey with her, visualising each setting as she whizzed past. The ‘pinging’ of the delivery app, jolting her into action again and again, while the slightly less warm auditorium aided the realism. The ever changing settings were depicted usually by a small change in lighting, or music, with very little need for props. Despite the sparse stage, the writing and performance convinced you of the scenes.

All in all, I think the writing, performance, lighting and sound came together to provide a unique and gripping show. I’d love to see more of Max’s writing, and I think Sorcha’s energy and versatility make her an exciting performer to watch. I think if you get a chance, absolutely catch this piece before it finishes!